How can we help you today?

How do I enter an AOB (Assignment of Benefits)? Print

The Assignment of Benefits (AOB) is an agreement between a beneficiary (the resident) and an insurance company (usually Medicare) by which a beneficiary requests the insurance company to pay the health benefit payment directly to the provider. Fastcare collects AOBs by enabling residents or their representatives to sign on a Fastcare tablet. Collecting the AOB is an essential part of the process of providing wound care supplies.

Fastcare users should collect an AOB for every resident.

1. Find the resident, and tap on the AOB button.
The button is red if the AOB has not been signed; a green button indicate that the AOB has been signed.

AOB has already been signed:

2. Provide the AOB information to the resident or his or her representative.

3. Tap the check box for each item in the Assignment of Benefits that indicates that the resident has received the information.
You can also tap the first check box to select all the items in the list: 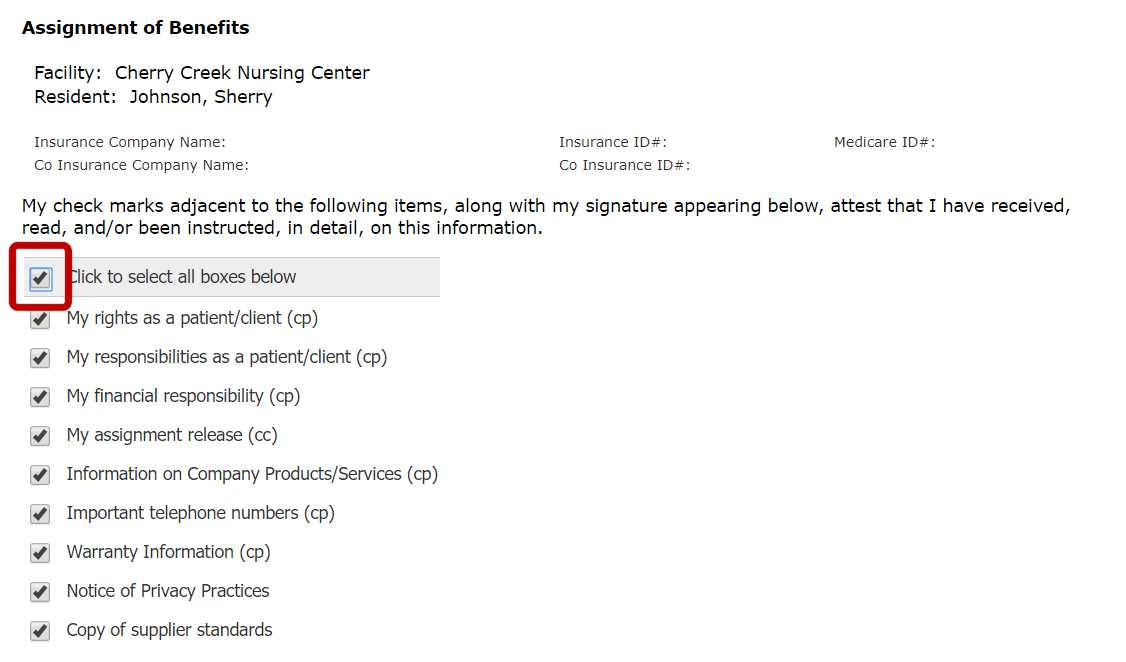 4. Scroll to the bottom of the AOB, and sign the form.

B. Ask the patient to sign on the tablet. The quality of the signature is not particularly important. The signature box can be signed with a finger or pointing device on a tablet. On a computer, the patient can sign with a mouse. If the signer is not satisfied with the signature, he or she can tap the Clear button and sign again.

C. When finished signing, tap the green Save button.

NOTE:  if no one is available to sign, tap the "Left paper AOB with facility" check box, and tap the green Save button. 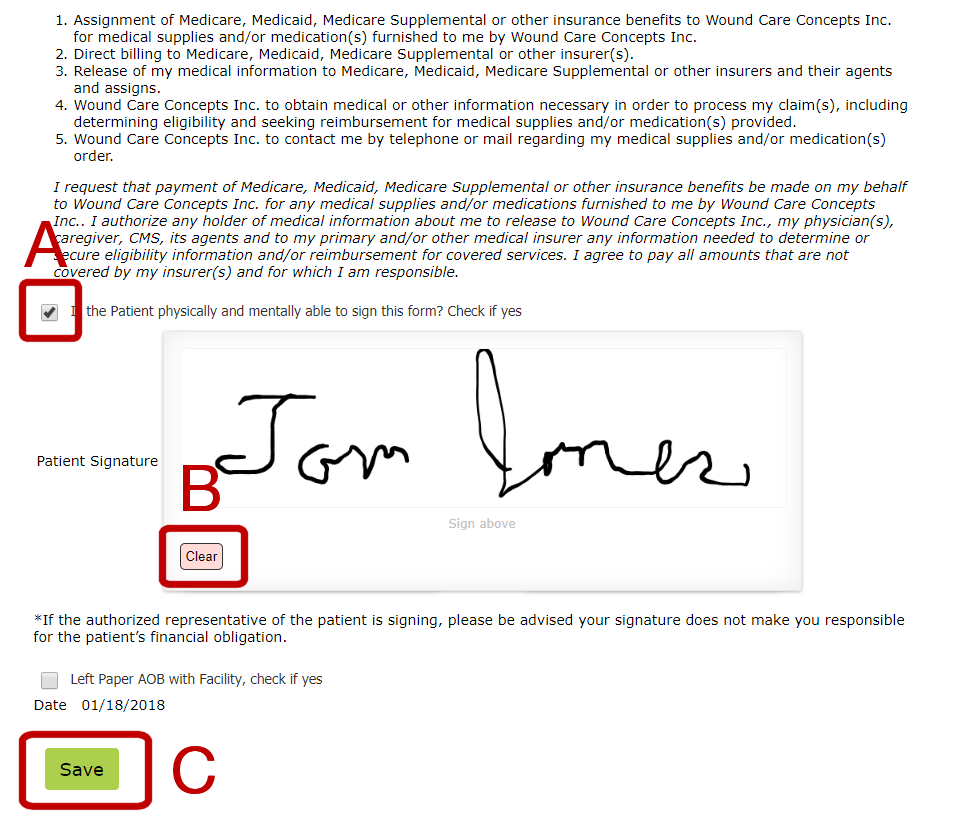 5. After saving, you have one more chance to change the AOB.

If you are satisfied, tap the Done button. To change the AOB, tap the Redo button.

When the AOB has been properly collected, the AOB button on the Resident Information page will have changed from red to green:

When you cannot collect an AOB electronically:

Did you find it helpful? Yes No

Send feedback
Sorry we couldn't be helpful. Help us improve this article with your feedback.